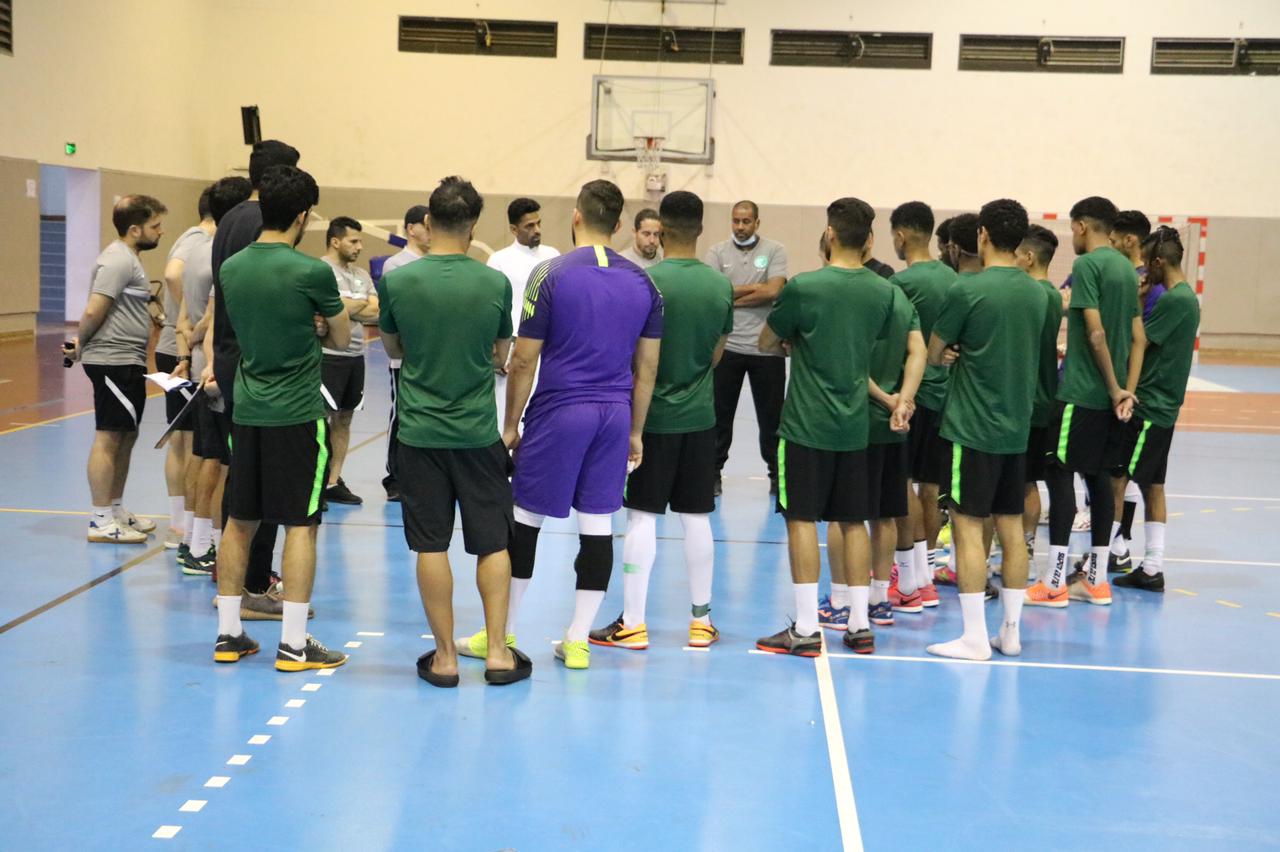 The General Supervisor of Futsal and Beach Soccer Board Member of the Saudi Football Federation Bandar Al-Ahmadi praised the efforts made by the players of the first national team in their current camp in Dammam, based on the reports submitted to him by the technical and administrative bodies.

Al-Ahmadi praised the discipline, focus and high seriousness of the players throughout the last period in order to appear honorable and decent and compete for the title of the Arab Cup for halls, and also called on them to double the effort and tender in the coming period and to adhere to all instructions, whether technical or administrative, inside and outside the camp.

This came during his meeting with the players before the start of the training session that was held today, Wednesday, at the Al-Nahda club hall within its current preparatory camp in Dammam, which represents the second phase of the technical program in preparation for participation in the Arab Futsal Cup, which will be held in the Arab Republic of Egypt from 20 to 30 From this May.

The coaching staff, led by Spaniard Luis Fonseca, focused during the training session on intensifying and diversifying the fitness and physical exercises in order to raise the fitness rate, then the players were divided into three groups and the implementation of a number of technical sentences using the ball that focused on accuracy in passing and the best use of attacks, to conclude the training session.

The Arab Football Cup for halls resulted in the presence of the national team in Group B alongside the teams of Morocco, the Emirates and Comoros.